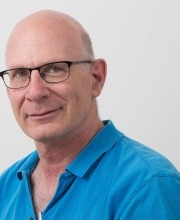 His current research focuses on two main topics: 1) cultural history of the Warsaw Ghetto—including rumour culture, coffee houses, and attitudes to death; 2) the writing of memoirs by Jews after the Holocaust, central to which is the theme of coping with the experience of helplessness after the fact.

In 2014, he founded the Hebrew University Forum for Scholars of the Holocaust, Genocide and Mass Violence, which he continues to coordinate.

Since 2013, he has been a member of the scientific committee of the Dinur Center for Research in Jewish History.

From 2007 to 2013, he was co-editor of the bilingual journal Dapim: Studies on the Holocaust (Taylor and Francis).

He was a visiting researcher (post-doctorate) at Cornell University and a visiting lecturer at Clark University’s Strassler Center for Holocaust and Genocide Studies.

He was awarded a research grant from the Israel Science Foundation, and has won numerous prizes and grants.