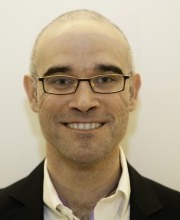 Room 224, Mandel Building, Mount Scopus Campus
02-5880068
daniel.lav@mail.huji.ac.il
Daniel Lav studied French Literature at the University of Chicago and completed an M.A. and Ph.D. in Islamic and Middle Eastern Studies at the Hebrew University of Jerusalem. He was a Rothschild Fellow and Transregional Institute Fellow at Princeton University, his research focuses on Islamic theology and political theology, with special reference to the salafī school and its pre-modern forebears. His book Radical Islam and the Revival of Medieval Theology (Cambridge, 2012), based on his M.A. thesis, traces the revival of a medieval polemic on the nature of faith and its role in theo-political disputes in the twentieth century. His doctoral dissertation analyzes Ibn Taymiyya's theological system and its modern-day 'theonomic' application in response to legal-political secularization in the Muslim world. Lav's proposed research project for Mandel Scholion is titled "The One and the Many: Being and Power in Islamic Theology."