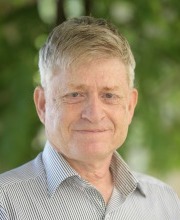 Prof. Reuven Amitai is Eliyahu Elath Professor for Muslim History at the Hebrew University of Jerusalem, and studies and teaches the history of the pre-modern Islamic world, specializing in the following fields: the coming of the Turks and Mongols to the Middle East, Muslim responses to the Crusades, the Mamluk Sultanate of Egypt and Syria, the Ilkhanate (the Mongol state in the Middle East), medieval Palestine, the military history of the medieval Middle East, and conversion to Islam.  Born in Philadelphia, USA in 1955, Reuven Amitai has been living in Israel since 1976. He studied for his B.A. at the University of Pennsylvania in Philadelphia, his M.A. and Ph.D. (1990) at the Hebrew University of Jerusalem, and was a visiting post-graduate student at the School of Oriental and African Studies, the University of London, in 1985-86. He has been a visiting fellow at Princeton University (1990-91) and St. Antony’s College (1996-97) in Oxford, and has also been a visiting researcher at the Central Asian Seminar of the University of Bonn (November 2004), and a professeur invité at the l’Ecole Pratique des Hautes Etudes, Section des Sciences Religieuses, at the Sorbonne in Paris (2007). From 2104 to 2016 he was a senior fellow at the Annemarie Schimmel Kolleg: History and Society during the Mamluk Era (1250-1517), at the University of Bonn.  In the Fall semester of 2019, he was Robert Lehman Visiting Professor at Villa I Tatti, the Harvard University Center for Italian Renaissance Studies in Florence, Italy.

Reuven Amitai has served as Head of the Department of Islamic and Middle Eastern Studies at the Hebrew University (1997-2001), was twice the director of the Institute of Asian and African Studies (2001-4, 2008-2010), and was also the founding Director of the Nehemia Levtzion Center for Islamic Studies at the Hebrew University (2004-2007). From 2010 to 2014, he was Dean of the Faculty of Humanities.  He is currently the Chairperson of the Library Authority of the Hebrew University and the Academic Coordinator of the Program of Armenian Studies there.  His publications in Mongols and Mamluks: The Mamluk-Ilkhanid War, 1260-1281 (Cambridge University Press, 1995; Mongolian translation, Ulaanbaatar, 2006), The Mongols in the Islamic Lands: Studies in the History of the Ilkhanate (“Variorum Collected Studies Series,” Ashgate, 2007), and Holy War and Rapprochement: Studies in the Relations between the Mamluk Sultanate and the Mongol Ilkhanate (1260-1335) (Brepols, 2013). He has co-edited The Mongol Empire and its Legacy (with David Morgan, Brill, 1999); Mongols, Turks and Others: Eurasian Nomads and Their Sedentary Neighbors (with Michal Biran, Brill, 2005); Nomads as Agents of Cultural Change: The Mongols and Their Eurasian Predecessors (with Michal Biran, University of Hawaii Press, 2015); Slavery and the Slave Trade in the Eastern Mediterranean, 11th to 15th Centuries (with Christoph Cluse, Brepols, 2017); The Mamluk Sultanate from the Perspective of Regional and World History: Economic, Social and Cultural Developments in an Era of Increasing International Interaction and Competition (with Stephan Conermann, V&R Unipress and University of Bonn Press, 2019.  In addition, he has written more than ninety scholarly articles, as well as many dozens of book reviews and other shorter academic and popular pieces. Currently, he is working on a study of Syria and Palestine under the Mamluks (1260-1516).